A GLANCE AT THE PARCHED VILLAGES OF MARATHWADA: Using WOTR’s Co-DriVE approach to understand community vulnerability

A GLANCE AT THE PARCHED VILLAGES OF MARATHWADA: Using WOTR’s Co-DriVE approach to understand community vulnerability 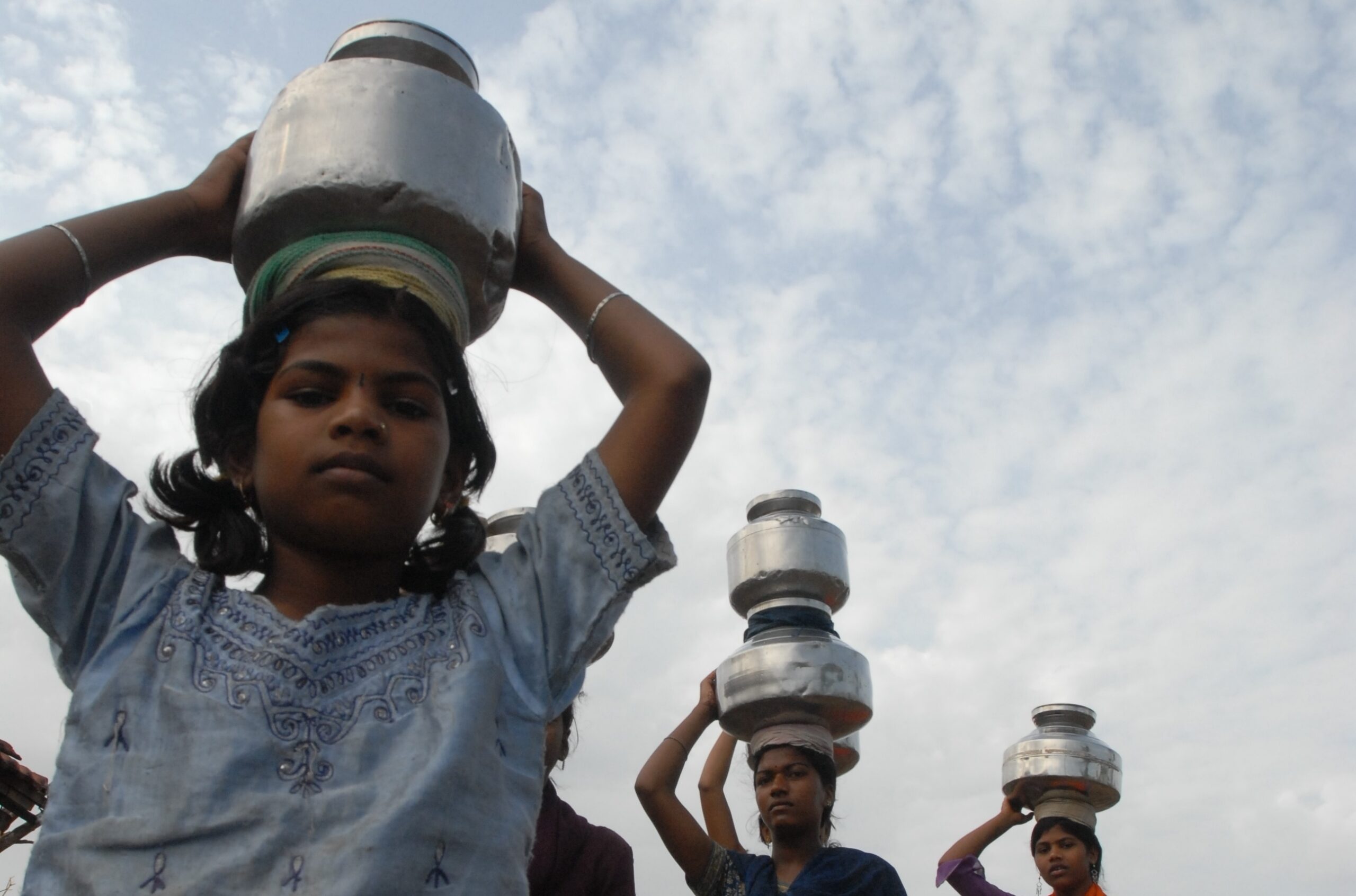 Drought has been a common phenomenon in the Marathwada region of Maharashtra. In recent decades changes in agricultural patterns and intensified resource use has eroded the capacity of communities to cope with these crisis. This post attempts to capture these changes and understand vulnerabilities from a community perspective using the tool- CoDriVE-PD.

Drought has been a common phenomenon in the Marathwada region of Maharashtra. In recent decades changes in agricultural patterns and intensified resource use has eroded the capacity of communities to cope with these crisis. This post attempts to capture these changes and understand vulnerabilities from a community perspective using the tool- CoDriVE-PD.

Jalna, a district located in Marathwada, has been characterized as a “frequently drought prone area” due to its semi-arid climate and the meagre quantities of rainfall over the past 20 years. According to the IMD statistics, Jalna records an annual average rainfall of 690 mm. Figure 1 depicts a considerable year-to-year variation in monsoons and over the last decade the district has regularly received particularly scant rainfall.

Underlain by basaltic lava flows, Jalna falls into the zone of Deccan Basalt traps which is characterized by poor to moderate permeability, thus accounting for its shallow aquifers. There has been a significant increase in dependency on groundwater for irrigation[1]. According to CGWB 2011 data, 51% of groundwater is being consumed for irrigational purpose. The stage of groundwater development in Jalna shows an increasing trend from 48% in 2009 to 53% in 2011 (Dynamic ground water resources of India 2009, 2011), thus indicating an intensification of groundwater exploitation. These changes place Jalna in a vulnerable position vis-à-vis climate change.

In order to gain a better understanding of the situation, we felt that it was important to get a community perspective of how these changes in resource-use interact with climate change and variability.

In order to assess vulnerability WOTR has developed its own tool Community Driven Vulnerability Evaluation-Programme Designer (CoDriVE-PD).  CoDriVE-PD is a participatory and easy-to-use tool that captures the different types and degrees of vulnerabilities across communities at a fine scale. It explores the history and the current scenario for all climate sensitive livelihood sectors and non-farm livelihoods and includes the aspects that are integral to them – gender, health, local governance, traditional knowledge, analyses the drivers and pressures (externalities) that influence vulnerabilities in communities. The tool allows users to develop qualitative and quantitative indications of the key vulnerable areas and facilitate the introduction of adaptive action in developmental projects.[2]

A total of 10 villages from the blocks of Ambad, Jaffrabad, and Bhokardan, were selected. Primarily, we were to assess the vulnerability in all sectors of livelihood which include agriculture, livestock, forestry, fisheries and allied livelihood. Before we reached our first village, we had already laid out a plan as to how we would go about the data collection. This involved meeting with all the stake holders and individual farmer categories, women groups and other government officials.

Water as a depleting resource: An Overview

The major issue that plagued all the villagers was WATER. “..No water to drink, no water to irrigate, no water for toilets, no water to cook..,” these were the common responses of people when asked about what affects them the most.

Decrease in rainfall over the last few years has reduced water availability for drinking and irrigation. Hence, the increasing exploitation of ground water as an alternate source has resulted in a spree of bore well drilling and well deepening activities. Currently there are as many as 200 or greater numbers of bore wells in each of the villages. Interestingly a farmer from a village in Ambad has drilled 18 bore wells in the past 15 years, out of which only 3-4 yield water. Drilling depths have plummeted to 300-500 ft. clearly indicating a sharp decrease in the groundwater levels. Some challenges associated with the use of bore wells, mentioned by the community, were difficulties in exploration of water resources, risk of not encountering sufficient reservoirs of water supply, followed by a potential risk of over exploitation.

Tapping groundwater through bore well opens a window for credit and debts to seep in. Bore well construction enables direct access to water, thus helping farmers enhance their agricultural productivity. However, the investment required for the process is met by borrowing credit from formal or informal sources. Frequent monsoon failures have resulted in limited groundwater recharge, increasing the failure rate of wells. This cycle of well failure and drilling, turns the credit borrowed into a series of debt traps, from which the farmers struggle to recover. Over the years, the agrarian environment has become littered with the failed wells, exhausted soils, withered crops and intractable debts. As groundwater resources have depleted, communities have been forced to rely increasingly on tankers to meet their drinking water needs.

The current cropping patterns are predominantly based on market returns. Cotton has become the principal crop of this region, followed by jowar and bajra cultivation. In certain parts of the district, soybean serves as the principle crop. Traditional varieties of cotton were cultivated in the past. However, farmers switched over to Bt varieties from 2005 and since then the cultivation has been escalating.

Farmers continue to use Bt varieties as they give good yields and market returns. The farmers also claim that the picking of cotton is much easier with Bt varieties, thus making it more productive and less labour intensive. However, Bt varieties require more water increasing the competition for groundwater. Further, the introduction of new varieties has had other consequences, which include an increase in pest attacks, viz. jassids, aphids and whiteflies, and subsequent expenditure on pesticides for the same. This in turn has affected the soil quality, where the farmers have reported an increase in soil alkalinity.

Interestingly, Wadod Tangda, a village in Bhokardhan has switched over to soybean cultivation as a principle crop from Bt cotton. The farmers were of the opinion that over years Bt cotton has been taking greater amounts of water coupled with an increase in pest attacks. This has not only affected their yield but also pushed them into indebtedness due to an increased expenditure on Bt seed and insecticide. To counter this, the farmers have started to cultivate soybean which ensures good market returns with reduced water consumption and pesticide inputs.

Another recent development is the expansion of pomegranate orchards. Having good market returns, pomegranate, irrigated via groundwater, serves as a salubrious choice. Micro irrigation in the form of drips is used by farmers which is vital for crop establishment and fruit production. Farmers are of the opinion that using drip systems is an expedient choice as they avail subsidy for its purchase and it consumes less water as compared to the conventional flood irrigation. Farmers who manage orchards in Maharashtra have led the way in adopting efficient irrigation methods. However, given the high investments associated with these perennial plantations, farmers are reluctant to adjust water use at times of shortage, as this would lead to considerable losses. This in turn poses a major challenge for building an equitable and effective groundwater management regime.

The picture that emerges is that vulnerability is a consequence of both, climatic and non climatic factors. In the drylands of Maharashtra, market forces and farmers aspirations drive agriculture towards unsustainable resource exploitation. The only solution is to determine and assess what is at risk and design interventions accordingly.  This post presents only preliminary observations and we are currently working on compiling the vast amounts of data collected and using CoDrive to perform a detailed analysis.

1 thought on “A GLANCE AT THE PARCHED VILLAGES OF MARATHWADA: Using WOTR’s Co-DriVE approach to understand community vulnerability”