South Odisha, mainly falling under the Eastern Ghats, is geologically part of the ancient landmass of Gondwanaland. The region is particularly vulnerable to climate, regularly frequented by concurrent droughts and cyclones.  The region is covered with thick forest and undulated slopes.

With the absence of adequate soil and water conservation measures, low percolation of run-off rainwater drains out quickly, leading to soil erosion, loss of fertile soil and water scarcity in the villages. WOTR works in this region of Odisha to increase farm and non-farm income while expanding irrigated agricultural lands. In total, 11 villages, remotely located in the area of Gunnupur block in Rayagada district, were identified to support farmers in preventing land degradation and concurrently assisting them in agriculture development under the project “Building Adaptive Capacities and Resilience to Climate Change of Tribal and Marginalized Communities in Odisha”. The project addresses the challenges of soil erosion and water run-off using the “ridge to valley” approach. While this approach is the mainstay of interventions, ensuring livelihoods and enhanced engagement in agriculture is also an area of emphasis.

The majority of the farmers in the region have small scattered agriculture land holdings not more than 5 acres and are highly dependent on the intensity of the rainfall in the villages. For a decade, there were variations in rainfall density with sudden downpours and increased frequency of flash floods due to climate change. Such variations in weather conditions like the incident of more than 100mm of rainfall on a single day in the 2000s cause loss and damage to crops and agriculture produce, impacting livelihoods and increasing farmers’ vulnerability.

The irrigated land in the region is nearly non-existent. Agriculture has been rainfed. Most farmers practice traditional farming, which does not yield much output from the crops, and modern agriculture methods are unknown. After harvesting season, they generally migrate to other states in search of work. Either to work as labourers in factories or construction sites nearby in distant cities (Pune, Surat, Hyderabad) or the tea gardens in Arunachal Pradesh and Assam. The primary crop cultivated during the Kharif season is paddy. Other crops such as Arhar, Green gram and similar pulses are grown by some farmers, usually in the upland areas by the farmers.

Ownership of the interventions by the community is a prerequisite to sustainability and to address soil erosion issue since it requires villages and, at times, a cluster of villages to respond collectively. Village Development Committees (VDCs) are formed in all the project villages to ensure each economic class participates in decision making. Based on wealth ranking, an executive committee of the VDC were formed. A community-driven strategy was adopted to pursue land treatment activities like farm bunds, stone bunds etc. The villagers contributed in-kind and monetary terms, which raises a sense of ownership among the community on the structures developed. The VDCs agreed to the voluntary contribution, as a result of which the area treatment of approximately 218.28 acres was undertaken with investments suffice for barely 75 acres.

In this region of Gunnupur, due to the presence of more than 6% slope on average, the region was prone to soil erosion. All the agricultural land in the low land area was also prone to flash flood. To control rainwater run-off and increase groundwater table structures such as farm bunds, water absorption trench, stone bunds & continuous contour trench were also constructed to check soil erosion and sedimentation. Land development activities directly benefit the households; therefore, implementing such activities was planned to ensure maximum returns on investment, i.e. ensuring optimum value for money. Land treatment was taken on priority as landholdings adjacent to water harvesting structures and treatment has been done along with the provision of irrigation facilities. Different check-dams were constructed to provide irrigation facilities in some suitable sites where the treated land and the drainage line were at a preferable height. Where there was no source of irrigation, farm pond and dug-well were developed.

Around 27.5-acre lands located in the valley were treated with plantation of cashew. An increase in the pace of project interventions led to more bunding and trenching across the slope to reduce water run-off has been completed, along with the cultivation of cashew as an intercrop to bind the bunding soil. Additional cultivable land has increased by 220 hectares covering approximately 210 households. With the development of check dams in the area, land on both sides of the structure has turned into a cultivable area with crop cultivation during Kharif, Rabi and Summer. Dug wells constructed on fallow lands remained uncultivable during the winter season. The micro-irrigation systems helped in converting an additional 48 acres of fallow land to cultivable land. Due to the increase in cultivable land area, paddy production has also increased and also adopting the multi-cropping system. Farmers have taken up vegetable cultivation and cash crops which has doubled the household income of a farmer. On an average, farmers taking up vegetable crops have earned additional income of approximately Rs. 40000/-

A new methodology of diversion-based irrigation benefits the farmers, in which water flowing through the stream is obstructed through a guard wall and supplied to the farmers through a pipe line is fitted to the guard wall. With the help of this system, the optimum water supply for irrigation is done through a guard wall, and the rest percolates as groundwater. Hence this technique not only supplies water for irrigation but also conserves the remaining water. These interventions have resulted in the conservation of water by reducing soil erosion and run-off of water. Approximately 6.5 lakh of cubic meters of water conserved through the interventions such as the dug wells have proved to be the source of water for irrigation during the summer season, especially from June to August. The farm ponds are used for emergency irrigation during the Kharif season when the gap between consecutive rainfall increases for more than ten days.

The water and soil conservation activities done inland and drainage line will not bear fruit until proper agroecological measures are adopted. Efforts were taken to ensure that increase in cultivable land and an increase in irrigation do not lead to unsustainable adoption of chemical fertilisers. Productivity has increased through the adoption of “Agriculture Intensification Techniques,” i.e. System of Rice Intensification (SRI) and System of Crop Intensification (SCI). The overall strategy promoted is to ensure the adoption of climate-resilient pathways in agriculture systems. Different interventions such as agriculture intensification through organic farming, installation of micro irrigation systems and smart agriculture practices are promoted. In total, 253 farmers have benefitted from sustainable agriculture practices with low input cost. Household income has increased due to the adoption of modern and sustainable techniques as the production and input cost has reduced eventually. The productivity has also increased by 200 kg/acres. Additionally, 96 farmers have adopted organic farming with in house production of organic formulations such as Amrutpani, Jewamrut, Dasparni & Neemastra. Many more farmers have adopted climate-resilient agriculture practices while the project team proactively supports them with inputs and different training.

From the experiences of this project, we observed that the approach adopted in the project has successfully resolved challenges faced by the villagers. To some extent, the migration of small landholding farmers, mainly during the Rabi season will decrease due to opportunities in agriculture in their region itself. Moving forward, if the farmer is made aware of the profit he can earn during this season, then he may avoid migrating. It has the potential to be scaled up through government programs. Various government schemes provide farmers with opportunities for jobs and training available in their local area as well.

Only One Earth: Time to act We only have one earth – only one place in the whole wide world that we can call home. 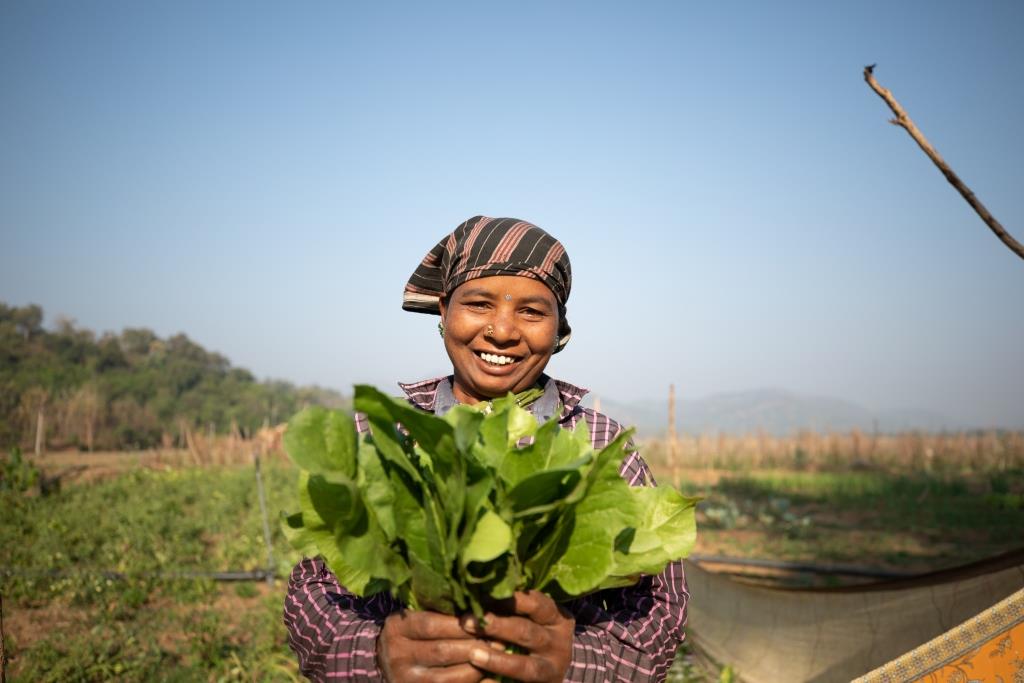