Despite its humble beginnings, WOTR has carved out its identity as one of the most trusted Indian non-profits in Integrated Watershed Development, Water Resources Management, environment conservation and climate change adaptation. Bound by the vision to build a Resilient future for rural communities in thriving natural ecosystems, WOTR’s story reflects the grit and dedication of its people. This it will abide by – To create a sustainable future for rural India,
one where farmers can thrive and communities can grow. 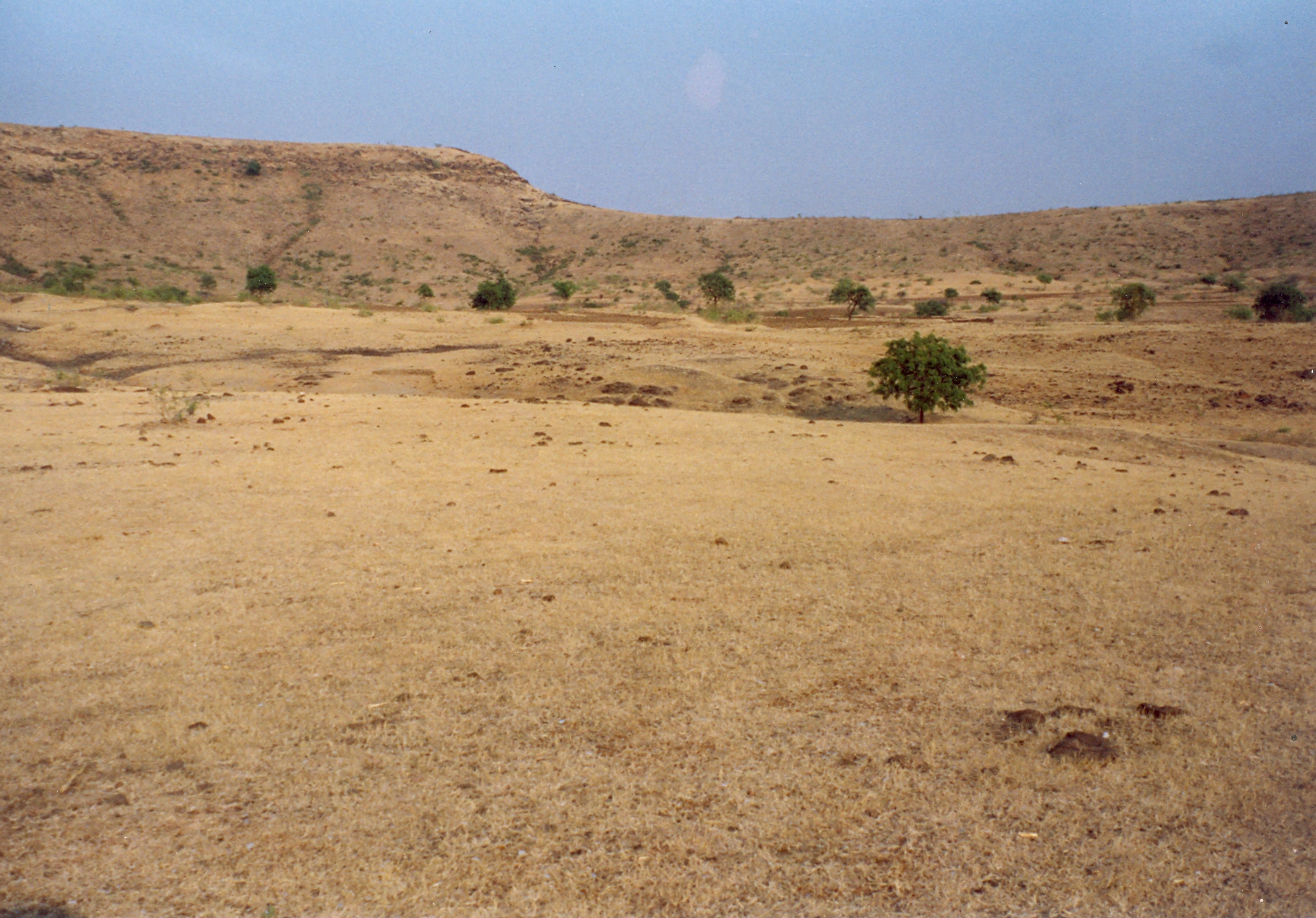 30 years ago, one would wonder looking at the parched lands of Gunjalwadi village situated in Sangamner taluka of Ahmednagar district, if the situation would ever change. Droughts were frequent, agriculture was failing, and water availability was at a bare minimum. Women had to walk miles away from their homes to fetch water for their daily household needs. The rapidly increasing scarcity of resources was pushing people further into poverty.

And this situation was not limited to Gunjalwadi. In fact, numerous villages and blocks in the state of Maharashtra were facing similar or even worse conditions. Despite heavy investments by the government, there was no significant impact on the ground. Poverty and unemployment reigned. Water resources grew leaner by the day. Climate change wreaked havoc on natural landscapes and caused severe water crisis in the villages.

WOTR was conceived with the goal to bring respite in the lives of these people. It started with the Indo-German Watershed Development Programme (IWDP), where WOTR played a pivotal role with the specific mandate to undertake capacity building efforts of NGOs and village groups on a large scale.

Since taking this instrumental first step, there had been no looking back. Gradually and steadily, WOTR spread its wings with the support of community members, partners and local authorities and several other likeminded individuals and organisations.  Three decades on, the villages are witness to a paradigm shift – from resource exploitation to resource mobilisation. Nothing could be more satisfying to see thriving communities and rejuvenated ecosystems, which has impacted the incomes, health, education and livelihoods of rural communities across the country.

Today, WOTR, along with its partners, have a visible footprint in more than 6,000 villages across 10 states and has impacted the lives of nearly 5 million people. This journey that began with a handful of people in 1993, has slowly grown into a constructive, yet silent revolution.

While celebrating this collaborative success, we take a look at WOTR’s evolutionary journey and the implementation strategies that has resulted in such heartwarming outcomes.

Keeping the community front and center

Over the years, WOTR has kept evolving and adapting to the changing strategic and operational needs of the sector. However, one that it has firmly stood by is keeping the community at the centre of its work. All that has been achieved till date would have been impossible if it was not the constant support and trust received from our community members. WOTR does not proceed with any of its projects unless the community’s willingness is assured and demonstrated.

From conducting Gram Sabha meetings to adopting participatory approach in rural appraisals, net planning, monitoring and review – WOTR has ensured that the community fully understands and accepts the interventions. The roles and responsibilities are also clearly defined during the process to encourage the locals to take charge of the projects. WOTR plays the role of an enabling partner rather than an implementation agency.  Keeping community at the forefront has been crucial in building community’s ownership in the long run.

While speaking of community participation, WOTR’s POP (Participatory Operational Pedagogy) deserves a mention. The multidimensional nature of the development processes at work made it essential for WOTR to design a simple step-by-step capacity building program for NGOs and VSHGs. This approach came to be called the “Participatory Operational Pedagogy” or POP. The POP approach was based on WOTR’s experience over the years in participatory watershed development which built upon the willingness, involvement and commitment of the end users, who were indeed the primary stakeholders. Their involvement was the single most significant component that was critical for the success, ownership and sustainability of a project or programme. This is the guiding principle which underlies all of WOTR’s initiatives.

WOTR began its operations to address the immediate and the most urgent requirement for water availability in the villages. This gradually expanded to other basic needs such as food, health and livelihoods.

These were the first, crucial steps in building a sustainable and holistic model. Once the basic needs were met, the community was more receptive and enthusiastic in making further progress. WOTR, then began strengthening its projects and expanding its operations in phased-wise manner.

“WOTR has both a long-term and an immediate goal. Poverty alleviation depended first and foremost, on basic needs being met.” – Crispino Lobo (Managing Trustee and Co-founder, WOTR)

WOTR’s consistent and thoughtful investments in its communities led to seamless transition to bigger interventions. Over the years, the work broadened from watershed development and water budgeting to building water governance and stewardship. Similarly, its thematic areas also expanded from need-based interventions to building a progressive, climate-resilient society.

Early on, WOTR realized that for achieving holistic development, there was a critical need to break the bias of women playing secondary role in the society. While women were contributing equally in all the projects, they had negligible involvement in the decision making process.

“WOTR ensured active and consistent participation of women in all its projects. We wanted women’s inclusion be taken beyond the ‘income-generation projects.’ Gender issues, thus, became a core part of the WOTR’s strategy.” – Dr. Marcell D’Souza (Director, WOTR Centre for Resilience Studies and former Executive Director of WOTR)

Similar to the POP, the Gender-Oriented Participatory Operational Pedagogy (GO-POP) was developed over a series of intensive and extensive discussions. The approach was premised on a few cardinal principles: – Women’s promotion must be inclusive, partnership based, solidarity focused and non-conflictual.

Once a barren area, Darewadi was completely transformed through the community-led integrated watershed development project initiated by WOTR. Seen as a convenient location close to Pune and Ahmednagar, the team decided to establish the training centre at Darewadi. The Centre provides an opportunity for the participants to get a first-hand experience of what watershed development is, as well as the possibility to interact with the local community to understand enabling processes and learn from their experiences. It therefore serves as an ideal experiential learning ground.

The WOTR model stands tall on the robust foundation of community support and effective collaborations with a diverse set of stakeholders. Late Father Hermann Bacher, the father of community-led watershed development in India and the guiding light to WOTR, was a huge advocate of collective action. In the early phase, WOTR, under the guidance of Father Bacher brought together diverse stakeholders at Sangamner taluka – an event that paved the way to charting a unique partnership in the developmental history of Maharashtra. This is historically known as the “Sangamner Pattern”.

Keeping up with the spirit of collaboration and collective action, WOTR launched ECOBARI in 2021. ECOBARI is a national level multi-stakeholder collaborative that facilitates the joint action to promote ecosystem-based adaptation for resilient incomes.

Staying consistent with the evidence-based practice

The journey from watershed development to ecosystem restoration is based on a series of studies and research work that helped WOTR establish its expertise in the sector. The Water Stewardship Initiative, the Water Governance Standard, Community Climate Vulnerability Assessment (Co-DRIVE PD)are just some of the outcomes of our strategic investment in the evidence-based approach.

The WOTR Centre for Resilience Studies (W-CReS) promotes and undertakes collaborative, multi-stakeholder, trans-disciplinary research. The centre has played a crucial role in making WOTR a thought leader in the sector, both at national and international levels. 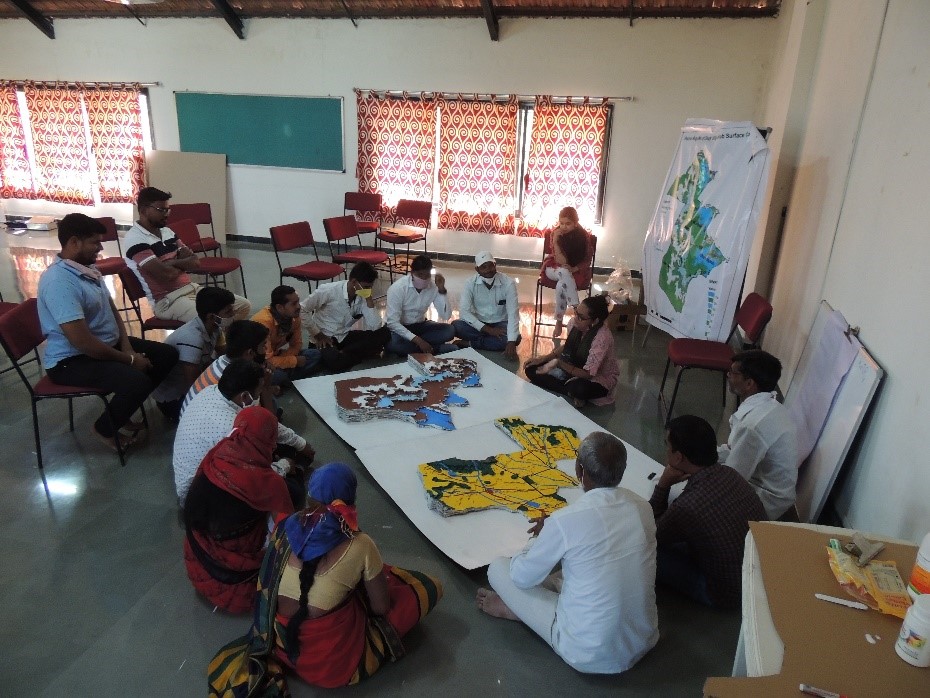 WOTR has always advocated the use of technology to mobilise communities towards resilience. The AGRIMET-DSS developed for the IMD to automate block-level weather-based crop advisories as well as an android App (FarmPrecise) that gives farmers dynamic, weather-based, farm-and-crop specific advisories (accessed by over 70,000 farmers) are examples.

“The past is like using your rearview mirror of your car – it’s good to glance back and see how far you’ve come; but if you stare too long, you’ll miss what’s right in front of you.”

More than the time, WOTR values the trust it has earned from its stakeholders over the last thirty years. In this journey it has witnessed what the power of a shared vision and consistent efforts can achieve.  The real hero is the villager through – who stayed steadfast on this path to progress and made the impossible possible. 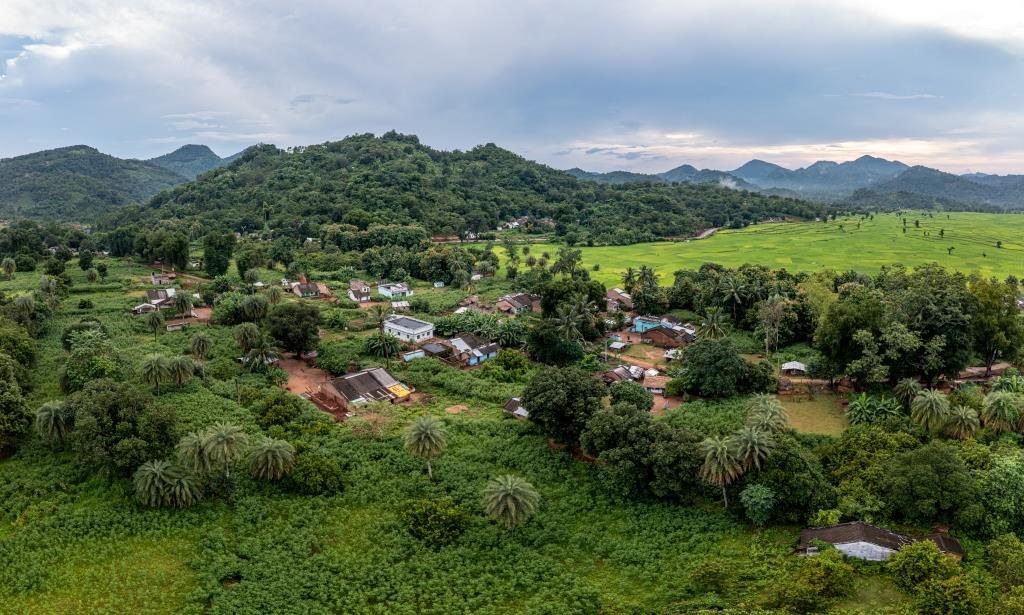 WOTR is now ready for the next thirty years. The goal is to continue with this silent revolution until our rural communities are self-reliant and live in vibrant and sustainable ecosystems. With the staunch support of its donors, partners and enablers, a thriving rural India will one day, be a reality.